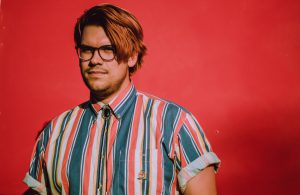 Zach Sullentrup (5’11”, 235 lbs, Taurus) is a songwriter & nice boy from Missouri. When he isn’t writing music, lyrics, riffs, or Twitter jokes for one of his bands (Tidal Volume, The Astounds), he’s probably writing them for himself like the self-obsessed dweeb he is. His critically-acclaimed solo studio debut Debt Sounds has sold tens of copies & been called a masterpiece by at least a couple of people. He really hopes you like it because quite frankly, he just can’t handle negative feedback at the moment. He currently resides in St. Louis with his two dogs, Pinkerton & Asbury, & continues to write hit after hit for his hundreds of adoring fans.