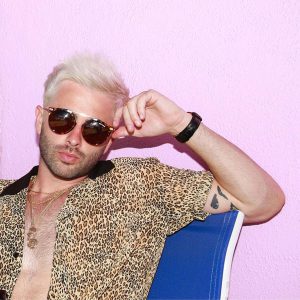 Zak Waters is an American musician, singer-songwriter, DJ, and record producer born and raised in Los Angeles, CA, currently recording music under the alias Pretty Sister. Waters founded the Universal Records pop rock group Blueskyreality in 2008. He became a solo artist thereafter, releasing two EPs and two studio albums. He launched his solo musical project Pretty Sister in September 2015. Waters has been noted for “blending the futuristic funk of Jamiroquai, the pulsing electro-beat of Daft Punk, and the classic groove of Earth, Wind, and Fire.” He has been labelled as a DJ, record producer, and a pop artist. Waters incorporates elements of neo-funk, G-funk, electronic dance music, and R&B into his music.