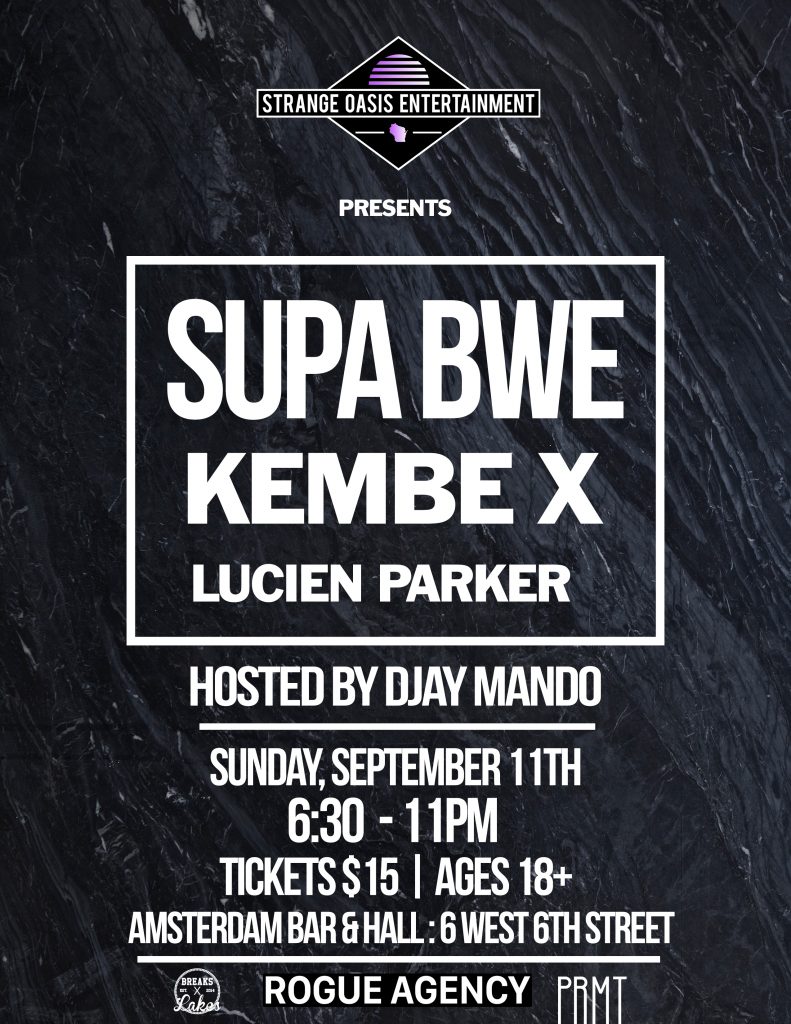 Dikembe Jabari (born August 9, 1994), better known by his stage name Kembe X, is an American rapper from south of Chicago, Illinois. He released his first mixtape Self Rule on November 25, 2011, followed by his second mixtape Soundtrack II Armageddon on February 4, 2013.

Kembe X’s musical influences began with his parents playing Gospel and 70’s Rock music and eventually got into Hip Hop by writing poetry during class. He is part of a hip hop collective called “The Village 777” with Alex Wiley, Monster Mike, Isaiah Rashad, Jean Deaux, Spiff, and The Magician.

Kembe X released his first mixtape Self Rule on November 25, 2011. The mixtape includes a guest feature from Chance the Rapper and was featured on Forbes “Best Free Albums of 2011” at number 7.[3][4] On March 3, 2012, Kembe X released a collaboration EP with Alex Wiley, titled Can I Borrow a Dollar EP.[5] He released his second mixtape Soundtrack II Armageddon on February 4, 2013, which includes a guest feature from Isaiah Rashad.[6] His self-titled EP, Kembe X EP was released on August 20, 2014, which includes guest features from Alex Wiley and Ab-Soul.

Kembe X is scheduled to release his album, Talk Back, in 2016.

Lucien Parker | www.LucienParker.com
Lucien Parker is a hip-hop artist from the South side of Minneapolis, Minnesota. Finding a passion for poetry and spoken word at a young age, Lucien made a name for himself throughout high school as a competitive slam poet and penned rhymes in his free time. Twice he was invited to be a member of the Minnesota International Slam Team that travelled to Brave New Voices, an international slam poetry competition. This earned Lucien acceptance into the First Wave Program at UW Madison, a hip-hop & spoken word scholarship for young creatives. His dual-delivery warbles between his rapping and singing which creates for an improvisational crooner-flow, each quick melodic turn and spate of exacting bars keeping the listener in the moment. Parker’s versatile voice provides warmth through his soulful, deep
==register, which he layers over sparse, drill beats. He used to just rap, but now says he prides his ability for making hooks and exploring melodic vocal layers.