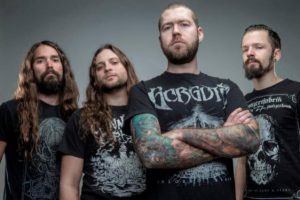 Revocation is an American extreme metal band from Boston, Massachusetts, founded by guitarist and vocalist David Davidson, bassist and vocalist Anthony Buda and drummer Phil Dubois-Coyne in 2000. The band have released six studio albums, two EPs and eight music video since its formation. 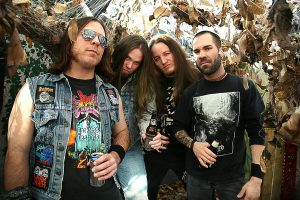 Exhumed is an American death metal band from San Jose, Californian that is currently signed to Relapse Records and centered around guitarist/vocalist Matt Harvey. The band has released seven albums and eight split 7″ singles. They were formed in 1990, went on hiatus in 2005, and reformed in 2010.

Forget everything you think you know about Rivers of Nihil. The Reading, PA quintet announced themselves as one of the most promising and forward-thinking metal bands in the world today with their first two releases, The Conscious Seed of Light (2013) and Monarchy (2015). But on March 16th, 2018, they will shatter all expectations with their third full-length, Where Owls Know My Name. 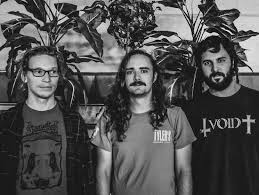