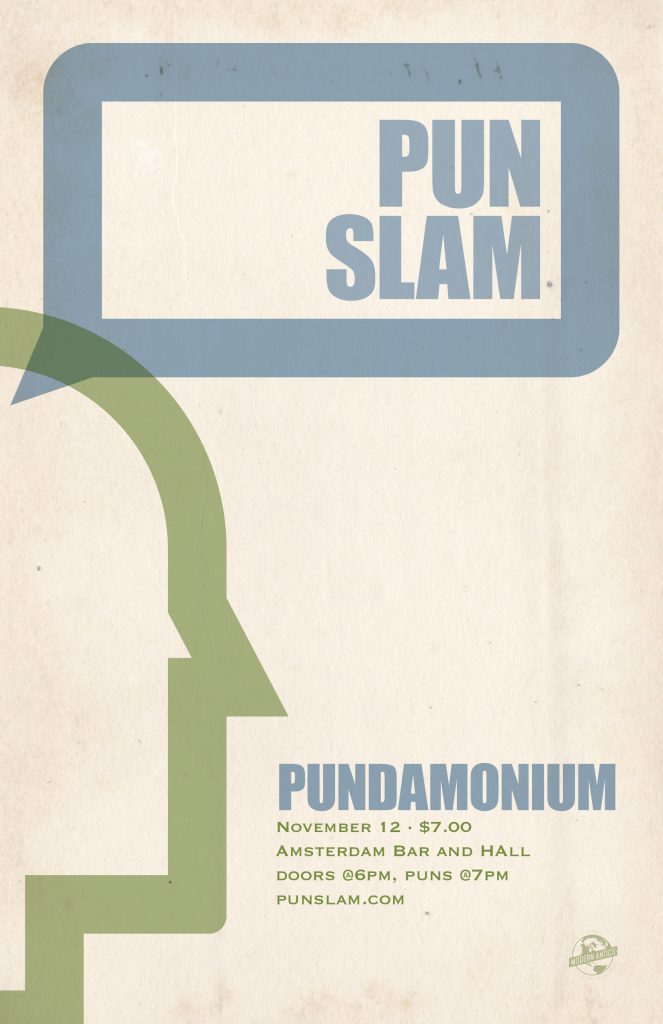 We’re trying something new: it’s St. Paul! Join us at the Amsterdam for a large amount of puns in addition to the usual amount of puns at Club Underground on the 3rd Wednesday of each month.

Pundamonium is a pun slam. That’s a kind of contest.

One by one, 10 contestants have two minutes each to make puns based on prompts they have received ahead of time. Each contestant is immediately judged by five members of the audience, who have been selected before the show to be judges. They rank each punner on a scale of 1 to 10, often with hilariously long decimals and other commentary.

Then they do it again, only this time contestants get their prompts on stage and only have 30 second to think and another two minutes to make puns.

The top four contestants go head to head in a final pun-off.