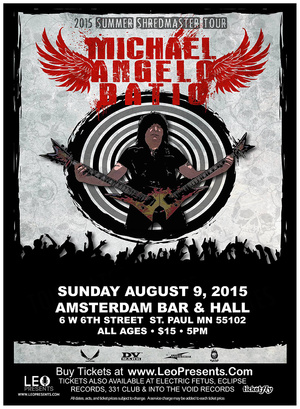 Michael is one of the originators and pioneers of the entire “Shred” Guitar genre. Michael showcased guitar techniques and innovations, for the first time, on his early instructional programs as well as in live performances, that are now considered “standard techniques” among guitarists throughout the entire world.

Michael invented and was the world’s first player of the Double-Guitar.

On Thursday February 2nd, 2012 Michael’s Dean “Jet” Double-Guitar was put on permanent display in the Rock and Roll Hall of Fame Museum in Cleveland, Ohio!