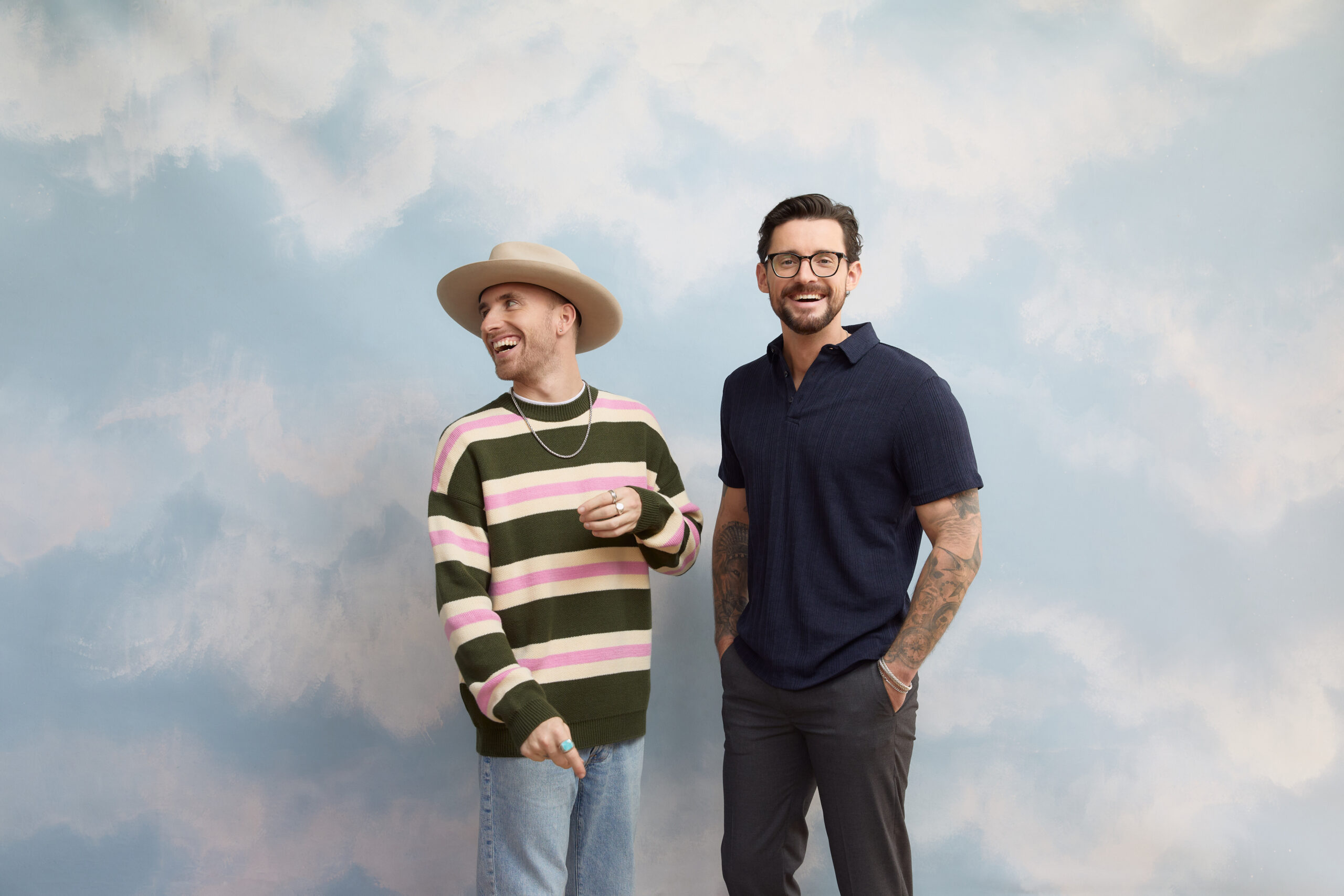 Most of the songs on the EPwere crafted in their Nashville homeduring lockdown. Tom harnessedhis newly refined production skills, and the duo recorded the collection in a small room at home. They outsourced the players, trusted each other’s opinions and couldn’t be happier with the outcome.They see the EP’s title track as the next chapter of “Breakups.” The title tells a tale, and they describe the collection as a love story of different emotions. They co-wrote “What I Get For Loving You” with Rocky Block, and the friends say the song’s lyrics are their best songwriting to date. The ballad also represents their music careers.”‘What I Get For Loving You’ in general and writing, it’s like, ‘This is what we’re doing. We chose this path,’” Mitch says. “Everything that comes along with it, the ups and downs, that’s what we get for loving what we do. If you take a step back, it captures everything and just our journey in general.”Other standout tracks on the EP include “Queen of Daytona Beach (with Sean Kingston),” a breezy banger they also co-wrote with Block, featuring a sample from Kingston’s multi-Platinum smash.At the time, they penned the song at home during lockdown as a wish for where they would like to be.”We ended up starting this relationship with Rocky then ended up becoming best mates with this dude because I think we needed each other,” Tom says. “He was going through his own situation professionally and personally as well.”The production varies from down-home contemporary country on “Good Beer,” their duet with Jordan Davis, to wildly progressive in “Dr. Phil.” They attribute the swing to their Australian upbringing.”Being an international person in Nashville, you obviously have international influences,”Tom says. “We were raised on very different music than someone from the middle of Georgia, but it all ties into country music for us, and that’s why we’re here. Our goal was always to be an authentic version of ourselves because that’s what country music is about. It’s about authentic stories and about relating to people. I feel like producing and writing everything is as authentic as it can possibly get.”While 2020 didn’t work out as planned for them, they emerged with a group of songs sure to turn heads–and volume knobs. Seaforth is plunging into this EP release with an impressive 340 million global on-demand streams and a Gold-certified single for their Mitchell Tenpenny duet “Anything She Says.”Tom Jordan and Mitch Thompson left Australia to come toNashville and play their brand of country music. In that way, the fast track led to their dreams with a few unexpected bumps along the way.”We do have real stories to tell,” Tom says. “We want make sure people know that.”