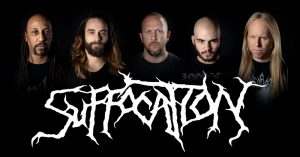 A good four years separate rager Pinnacle of Bedlam from new killer Of the Dark Light. But it wasn’t always like this. Back in the ‘90s, Suffocation maniacs waited, at most, two years between old and new fixes of New York-styled brutality. Landmark full-length Effigy of the Forgotten was only two years removed from debut EP, Human Waste. Likewise, Breeding the Spawn slayed posers and pretenders a year and a half after Effigy of the Forgotten blueprinted Suffocation into the history books. And Pierced from Within, the wickedest death metal put to tape in the mid-‘90s, slammed fist first into mediocrity and mundanity two years after Breeding the Spawn. Clearly, there were times when Suffocation’s march towards total annihilation was fast and furious.

Compromise is not a concept Cattle Decapitation are willing to entertain. Ever. Over the course of nineteen years and six full-lengths the San Diego quartet has more than proven this, defining themselves as one of the most vital, brutal, and relentless forces in extreme music, and with The Anthropocene Extinction, they have delivered a volatile, apocalyptic beast that is as hideous as it is compelling. “I feel that something rare happens with our band in that we get better and better with each release rather than going in the opposite direction, which happens to a lot of bands,” states vocalist Travis Ryan. “As we get older we feel we have less and less to lose, which is freeing, and we really want to go as far out on a limb as we can without losing the extremity that has always driven us.” 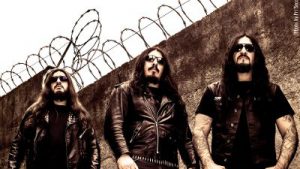 Since 1990 brothers Alex Camargo, Max Kolesne, and Moyses Kolesne have imbibed heavily in the deadliest form of metal known to mankind. They are brothers in death metal. Literally. In fact, there exist few bands that embody the genre quite like Krisiun, who celebrate 25 uncompromising years with the release of new album, Forged In Fury. “I think the fact that we are three brothers helps a lot,” says Max, the youngest brother of the trio. “When two of us are fighting the other brother will always try to calm the others down. We have been playing together for so long that our personal relationships have improved a lot. We learned to talk things out instead of fighting. Also, the chemistry we have created playing together for so many years makes it easier to write songs and keep the
band’s style.” 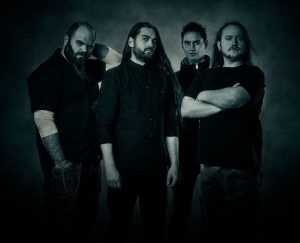