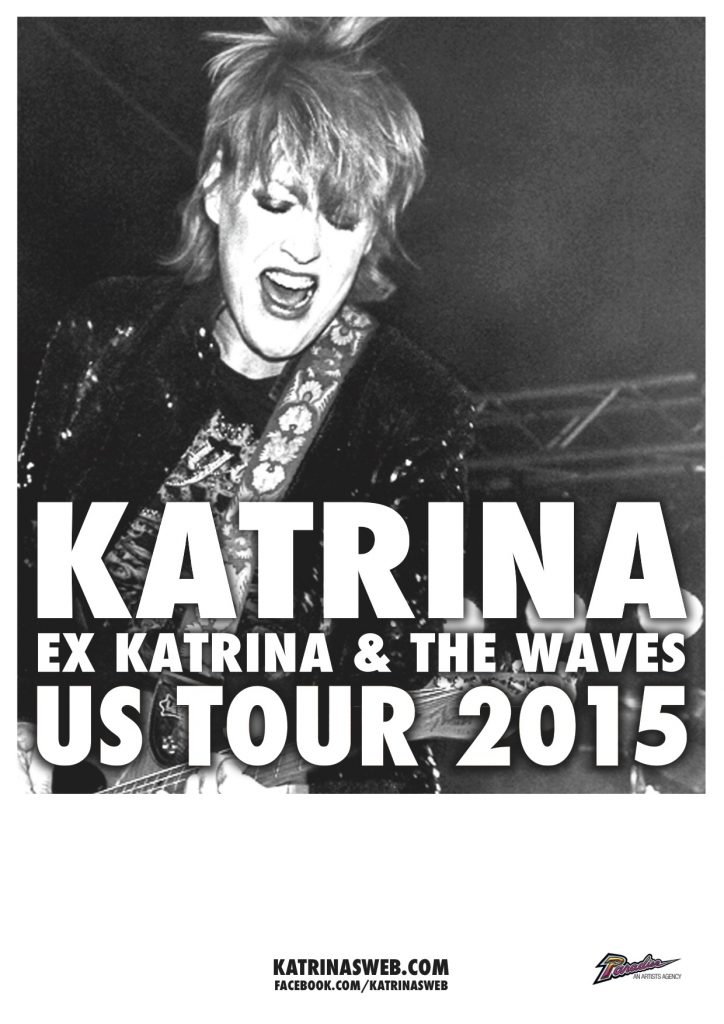 Former lead singer from the Grammy nominated band, Katrina and The Waves, Katrina now has a career both as a solo artist and with her new band. Katrina and The Waves had their first big break in 1984 when The Bangles covered their song ‘Going Down To Liverpool’. This drew attention to the group and lead to an international deal with Capitol Records. The band’s first album was produced by Scott Litt, who went on to produce REM and Nirvana. The first Capitol album, ‘Katrina & The Waves’ released in 1985, was a substantial critical and commercial success and ‘Walking on Sunshine’ was a worldwide hit earning top ten spots around the globe. (No.9 US, No.8 UK, No.3 Canada, No.4 Australia). Since then, the song has been broadcasted over 2,500,000 times in the U.S. and was the highest played track on radio in the Summer of 2008.