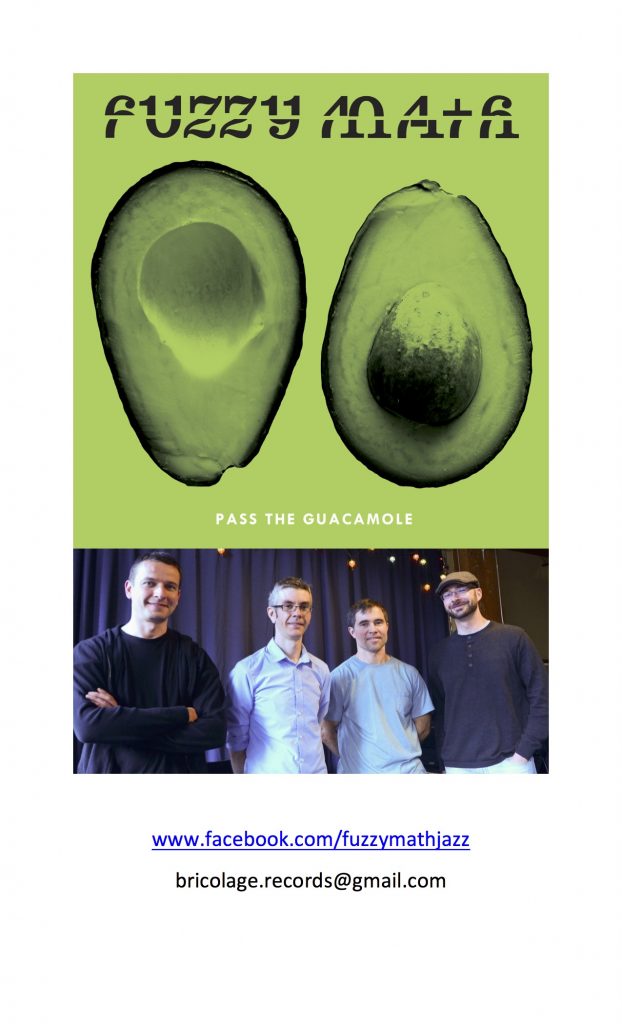 The Minneapolis StarTribune named Fuzzy Math to its “Best of Minnesota” list in 2012 for “best jazz act for people bored with jazz”.  We recently released “Pass the Guacamole”, the follow-up to our self-titled debut album which KFAI called “a great little CD”.  We focus on eclectic originals along with a few creative pop covers, touching the bases of progressive jazz, funk, blues, swing, latin, world music…something for everyone.  Our aim is to make new music that is interesting, fun and accessible…serious music that doesn’t take itself too seriously.