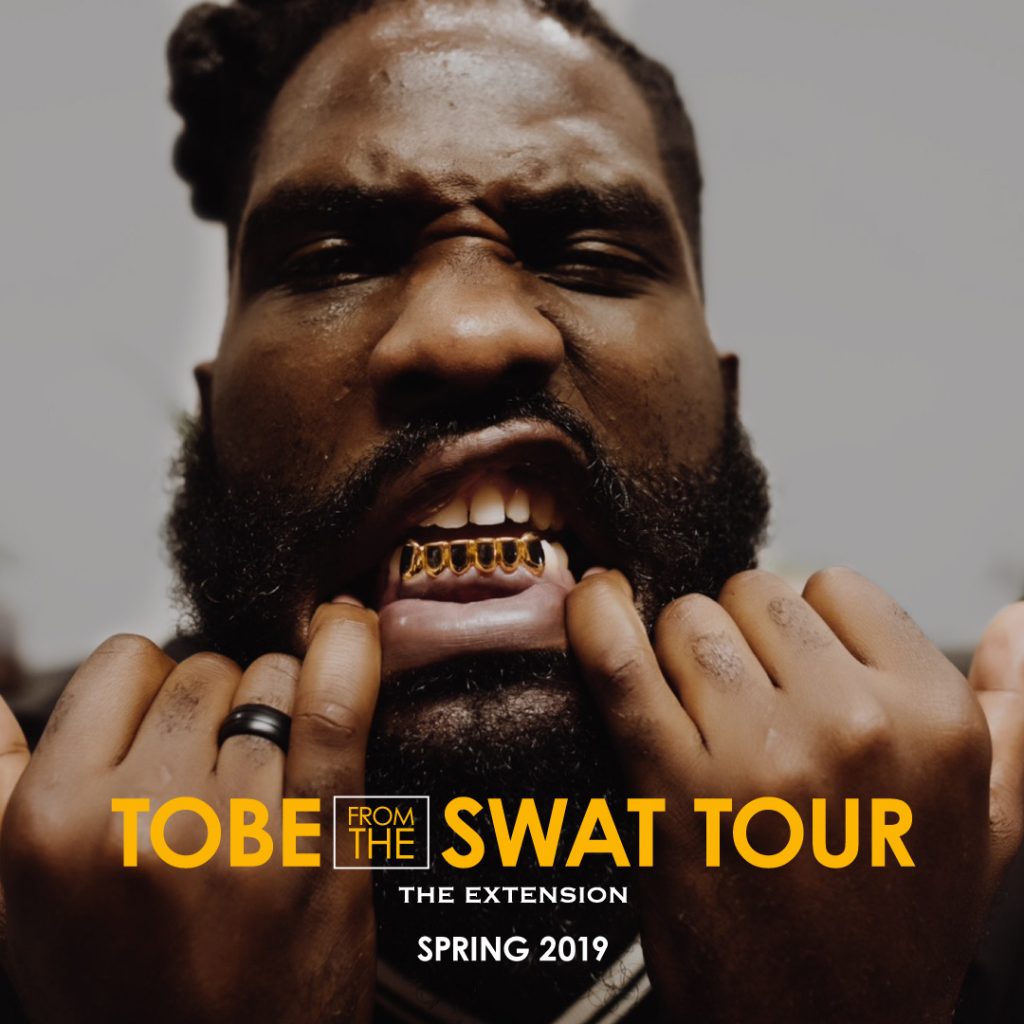 Tobe Nwigwe is an enigma. The lyrics and tone of his music tell the story of a difficult upbringing in Alief, TX. Like other rappers who grew up in the proverbial hood, Tobe’s autobiographical tracks conjure images of gang violence, drug deals, pimps and prostitution. The authenticity in his work is palpable. Still, the man is a beacon of positivity and graciousness. The same songs that describe shootouts and the loss of childhood friends also speak on the power of faith and the importance of purpose.

Tobe has a singular goal in life: “to make purpose popular.” The first-generation-Nigerian kid from Alief (Houston, TX) who had a scholarship to play college ball and dreams of playing in the NFL, saw those dreams dashed by a career-ending knee injury his senior year. In his despair, he

turned to his faith and found a new calling; he would teach others to “move through purpose.” Long before he ever put pen to paper and called himself a rapper, Tobe was speaking to rooms full of students through his self-started nonprofit foundation, TEAM GINI, educating them on the merits of a purpose-driven existence. Through tremendous consistency and execution, Tobe has attracted fans across the globe, including culture heavy-weights: Erykah Badu, Sway Calloway and Dave Chappelle.