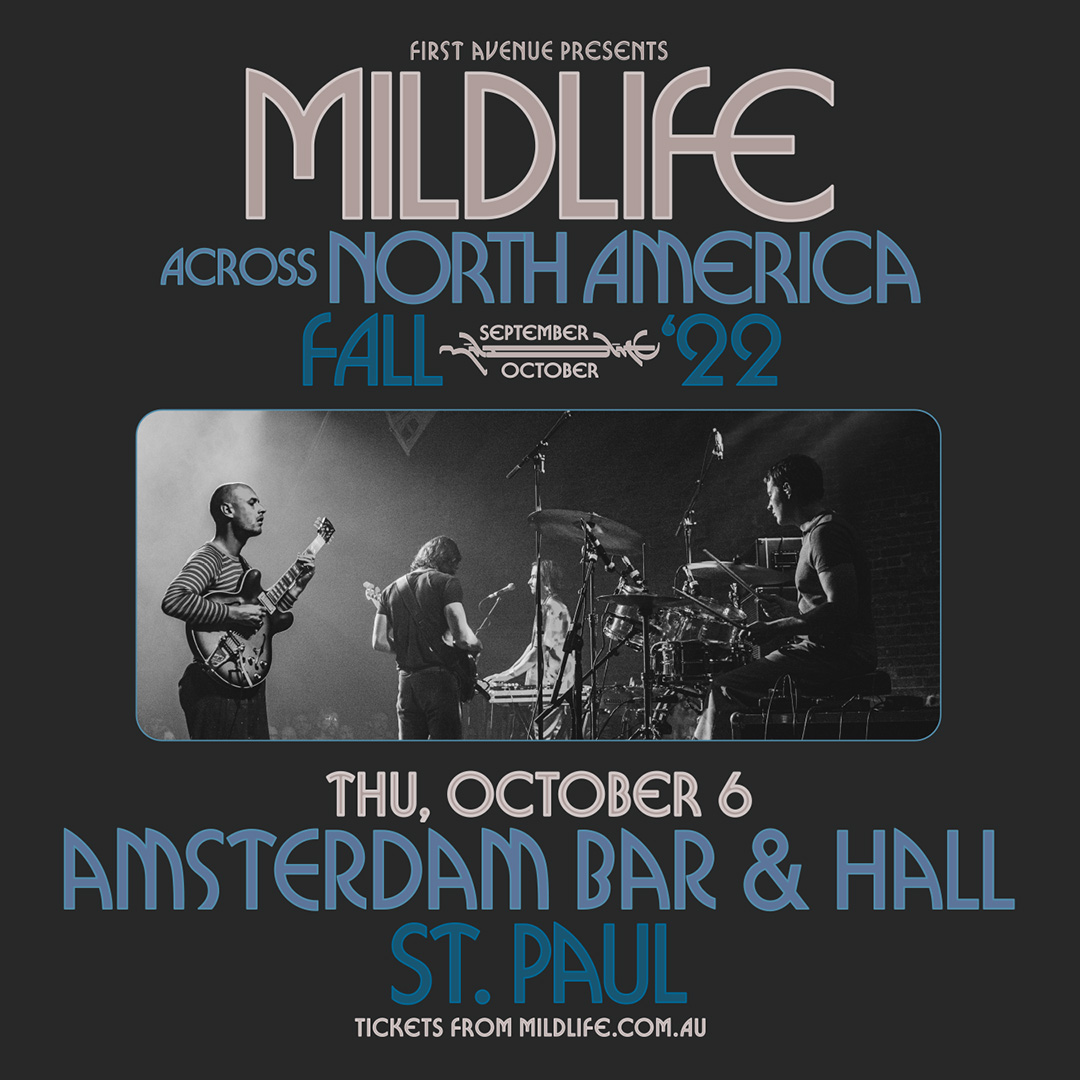 Since oozing onto the scene, Mildlife’s mellifluous mix of jazz, krautrock
and demon grooves has fast become a word of mouth sensation among
open-minded DJs and diggers searching for the perfect beat. Their
emergence was fortified by European tours, demonstrating a riotously
loose-limbed performance approach that was every bit as thrilling as their
album’s tantalizing promise. By the end of their breakout year, they’d been
nominees for Best Album at the Worldwide FM Awards (Worldwide’s Gilles
Peterson was a notable champion), won Best Electronic Act at The Music
Victoria Awards back home in Melbourne, and were officially anointed by
DJ Harvey who included ‘The Magnificent Moon’ on his Pikes compilation
Mercury Rising Vol II.
2020’s follow-up album Automatic saw the band elevate with more
disciplined, directional and arguably more danceable synergy. With tightly
structured arrangements making way for melodic improvisation and
ethereal vocals, Mildlife effortlessly glid between live performance and
studio songwriting like Kraftwerk and Herbie Hancock quarantined in Bob
Moog’s Trumansburg workshop. Debuting Top 10 on the Australian charts,
Automatic snared a converted ARIA Award for Best Jazz Album.
The band broke the post pandemic seal by weaving their way across North
America supporting fellow Aussies; Parcels and King Gizzard and the
Lizard Wizard. Playing over 30 shows in 5 weeks, Mildlife earned their
stripes with the American public, and now return this Fall for a run of
headline shows and festivals.