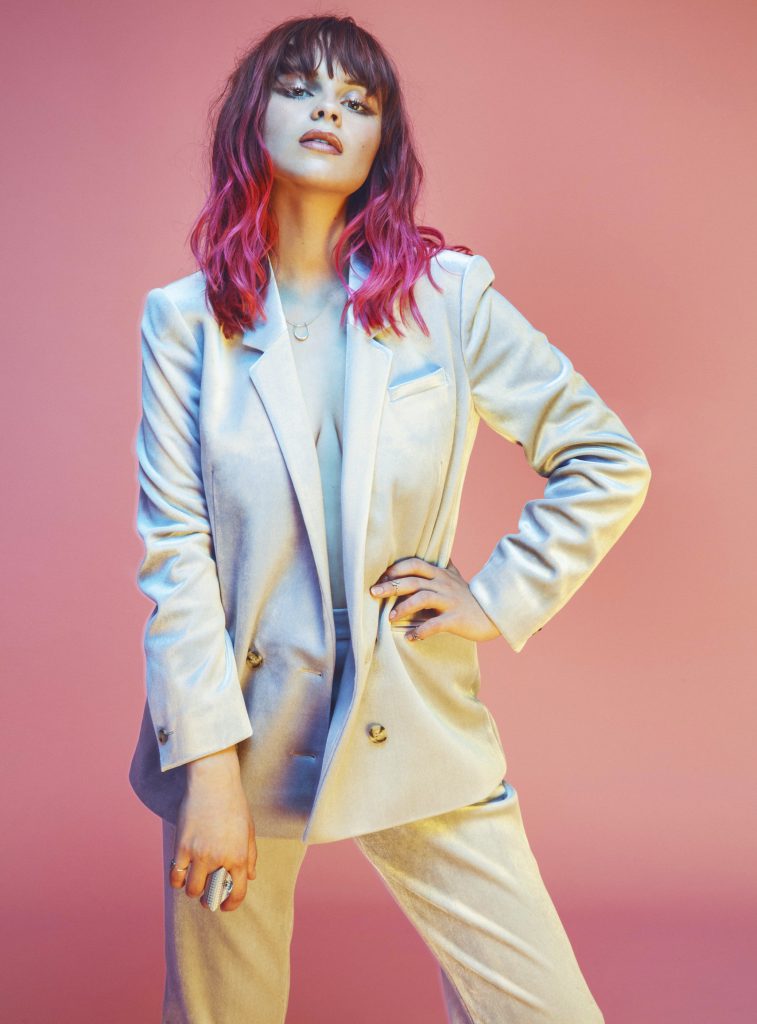 It has been a whirlwind few years for Gabrielle Aplin whose career took off when she built a massive fanbase by posting videos of herself singing online back in 2012.

Aplin released her debut album English Rain in 2013 which spawned her iconic cover of ‘The Power Of Love’ which reached #1 in the UK. With a slew of further top 10 hits including ‘Please Don’t Say You Love Me’ ‘Home’ ‘Salva- tion’ and ‘Panic Cord’ English Rain is now certified GOLD.

18 months of international touring followed, where Aplin racked up a further 3 #1s worldwide. Getting the opportunity to play shows and go on tour all over the world had an impact on Gabrielle and bled into her sophomore album ‘Light Up The Dark’ (2015) which displayed a maturing in Aplin’s sound with the anthemic and ambitious singles like ‘Sweet Nothing’ and title track ‘Light Up The Dark’.

Aplin’s creativity and songwriting ability is unyielding and in 2016 ‘Miss You’ EP was released on her own label ‘Never Fade Record’s and has reached an astonishing 40 million streams thus far.

Following a summer of festivals all over the UK, and a tour in Japan Aplin is bringing her show to the US with a string of live dates in September- October 2017. Playing a lively set that contains a mixture of her most loved songs and some brand new music -this is a show from a unique talent not to be missed.