THIS SHOW HAS BEEN CANCELED 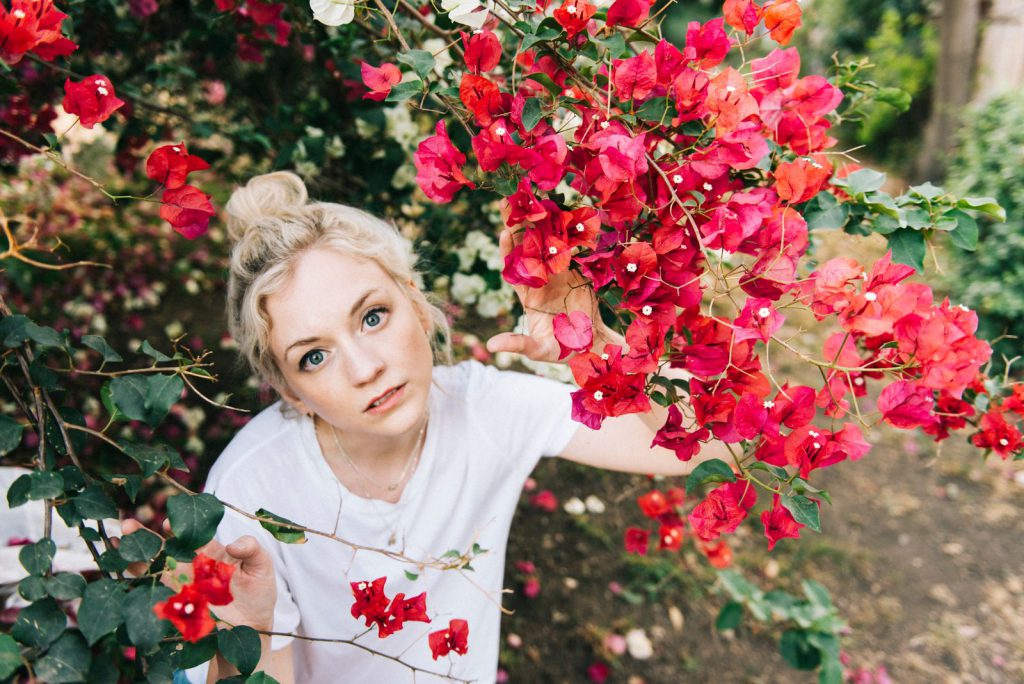 Emily Kinney is a little too old to be daydreaming in the back of a classroom, soaked in unrequited love for a guitar player in a pop-punk band she used to watch on MTV, but on Oh, Jonathan, Kinney’s upcoming release, she just can’t seem to help herself.It’s been a couple years since Kinney’s last album, “This is War” and she’s been using the time both professionally, in acting and music, and personally to mature and explore.In acting, Kinney’s transitioned from her young role as Beth Greene on AMC’s hit tv show ‘The Walking Dead,’ where her music and singing were often featured, to more mature roles in shows like Masters of Sex, Ten Days in the Valley, and to her current gig as an emotional, tenacious mother of a young girl battling cancer in the upcoming Netflix series Messiah.In music and life, Kinney’s path to adulthood has been a little less straightforward. “After I got done touring with This is War, I was tired from traveling so much.  There were a lot of opportunities coming off of The Walking Dead, and I started to feel a little like I was on a hamster wheel and not always making the best creative choices, I was just saying yes to whatever opportunities came my way. There was also a lot to learn about the music business. I often felt in the dark making decisions. I wanted transparency. Then, my little sister, who’s seven years younger than me got married, and I started to notice the gray in my Dad’s hair. Even though I had been traveling the  world and doing all these things, I felt like I was the one who was stunted.”

You can hear Emily’s plea for adulthood in one track on the album, “Popsicles.”

Kinney had always moved at full speed. Heading to NYC from Nebraska at just 19 to pursue a career in music and acting. She started going to auditions she found online and in ‘Backstage’ and would sing back-up for a couple singer-songwriters at places like Rockwood Music Hall, and the now-closed Park Slope spot Bar 4. But it wasn’t until she booked ‘Spring Awakening,” her  Broadway debut in 2008, that Kinney felt confident to start sharing her own poems and songs which turned into her first EP, Blue Toothbrush, produced by Rod Stewart bassist Conrad Korsch. As Kinney’s acting career progressed, the audience for her music also grew and she continued to release music: a 9 song EP, Expired Love, debut album This is War and a single on 7inch vinyl, Back on Love.

“I started working out of NYC a lot. I would come back to the city for just a couple days and it was great but I had changed and I didn’t feel it fit me the same way it used to. My favorite restaurants or bars closed.  It was new bands I didn’t know playing at Rockwood. I had some close friends move  to LA, so after tour, I got an apartment and moved from NYC to LA too.”

After a long Christmas break in Brush, Colorado listening to Cage the Elephant’s Me Talk Pretty and Less in her parents’ attic on repeat, Kinney returned to LA with new goals for her music and for her romantic life. “I really wanted to find a steady boyfriend, someone who could be a partner and I really wanted a major label record deal. Unfortunately, I didn’t get either. But I did keep moving. I  left my management company, I took a bunch of meetings, I tried out songs with different.

producers and I did writing sessions with anyone….But I kept coming back to Ben from one of those first exploratory sessions,(Ben Greenspan, producer), so finally, I just stuck with him. He’s amazing. I can be myself and I just really trust his taste.”

Likewise, Kinney explains that she didn’t set out to make a whole album all about one relationship, but it just kept coming back around. “At first, I thought Okay fine, I’ll make an EP called Jonathan, but I don’t want to….But they were always the best songs and this person just keeps coming up in my writing and in my life! No matter how hard I tried at new relationships, I just couldn’t seem to move on.”

Kinney’s breakthrough and forward momentum came to fruition with the creation of “Mermaid  Song,” which she first released last fall via AWAL. “When I wrote that song, I suddenly felt a lot of freedom.  I had been sending songs to managers and labels to get notes as I finished them, but  with “Mermaid Song,” I truly didn’t care what anyone else thought. I loved the way it sounded. The synths that you hear became the sonic landscape and starting point for the whole record.  Ben and   I had just made the coolest song, and I had such a great response from fans. I stopped fighting making “Oh Jonathan,” and felt motivated to get it out in the world.  I realized I didn’t need    anyone’s permission to put out the record or to legitimize my song-writing ability. I had stories and fans waiting to hear them. I could just do my own thing.”

As for Kinney’s romantic goals, you learn all about her hot-and-cold failed attempt at love with a rocker named Jon by listening to the record.

“But I don’t think this album is about Jon.” Kinney protests, “I always feel a song is more about the person who wrote it. It’s my experience. One-sided and unfair. I’m not always a perfectly nice person. I can be a fan-girl, and emotional, and I can fall in love with people who don’t love me back. My imagination runs away with itself.  I’m not always a grown-up, but I think by the end of the record, I’ve grown. I’ve learned to move on, but I guess I’ve also learned to take my time.”

I’M TURNING ALL THESE LOWS INTO GLITTER, SILVER, AND GOLD/AND IT’S SO MUCH BETTER…”

Paul McDonald sings those words with soaring emotionality on “So Much Better,” a track from his 2017 debut, Modern Hearts. And those are the words of a man who has truly lived his lyrics. Three years ago, Paul left his life in LA in search of familiarity and solace. The Alabama-born artist found himself in East Nashville, feeling like a stranger in a region he once called home. That all changed when he picked up his guitar and began the process of what would become Modern Hearts. “I had to take my life back and figure out who I was again,” he shares. “It took me a few years and a few hundred songs to get to that point.”

Paul story’s is the triumphant Modern Hearts, an album bursting with anthemic hooks, majestically textured alt-rock, tinges of Southern soul, literate introspection, and profound redemption. Previously, Paul’s broadly resonant musicality garnered him international acclaim and coverage from the likes of Rolling Stone, Billboard, MTV, etc., and enabled him to share the stage with a diverse array of classic and current icons. Select performance highlights include sharing the stage with artists such as Stevie Wonder, Zac Brown, Father John Misty, Emmylou Harris, and appearing at festivals such as Bonnaroo, SXSW, and Hangout Festival and performing on nationally televised shows like Good Morning America and The Tonight Show.

It could be said that Modern Hearts is a breakup record documenting spiritual and artistic uplift. The 14-track body of work represents a full-spectrum of emotions, from soulful and sorrowful tracks, to invigorating new-life anthems, to meditative mid-tempo numbers. “Writing helped me a lot during that time. I would wake up every morning in a dark headspace, but once I picked up the guitar and started writing, I’d tell myself, ‘I’m back.’” Paul says with a good-natured laugh. He continues: “And as I gained my confidence back as a human being and as an artist, I started writing more upbeat and hopeful songs.”

“Once You Were Mine” oozes Memphis soul. Replete with stately horns, silken vocals, confessional lyrics, and a simmering groove, it recalls prime Al Green. The boldly vulnerable title track unpacks the painful complexity of breakups in the digital age. The invigorating “Hold On” hits that post-breakup sweet spot where anger overtakes heartache. Modern Hearts also boasts a cadre of got-my-mojo-back tracks, one standout is the ambient and slow burner “Call On Me” which lunges forth with an ominous, dub-funk groove and a vocal delivery that oozes virility. The track’s chorus kicks off with a time-standing-still moment before it rockets skyward with an irresistible soul pop hook.