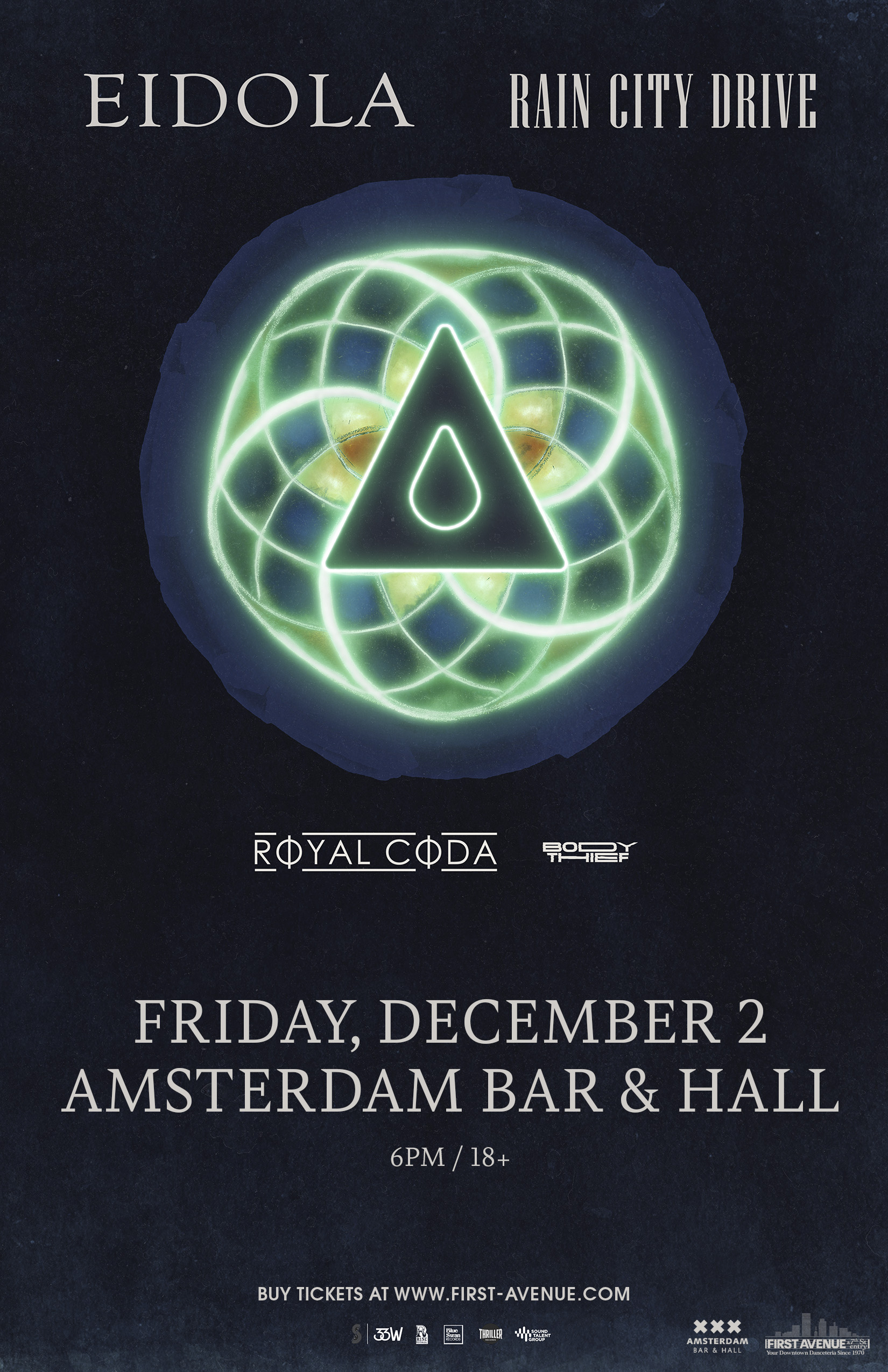 Eidola
Formed in 2011 by Andrew Wells and close friends, Eidola has progressed through many different chapters in their career. After two successful releases on Blue Swan Records, the band has transitioned into the phase of ‘The Architect’, keeping the same core members James Johnson, Matt Dommer, and Matt Hansen with the addition of Sergio Medina on guitar. ‘The Architect’ will be the third major release on Blue Swan Records, and the first release partnered with Rise Records.

Rain City Drive
Rain City Drive is rising from the ashes of Slaves and are embracing their next chapter with a powerful combination of authenticity and fervor, true to themselves, their fans, and the legacy they now want to create for the next generation of the band. Their new album ‘Rain City Drive’ is their second with frontman Matt McAndrew (NBC’s The Voice Season 7 , coached by Adam Levine), bringing a refreshing pop-melodic swagger to the heavy riffs and songsmanship that has helped them amass a staggering 278 million streams equivalent to 263K album sales across their catalog.