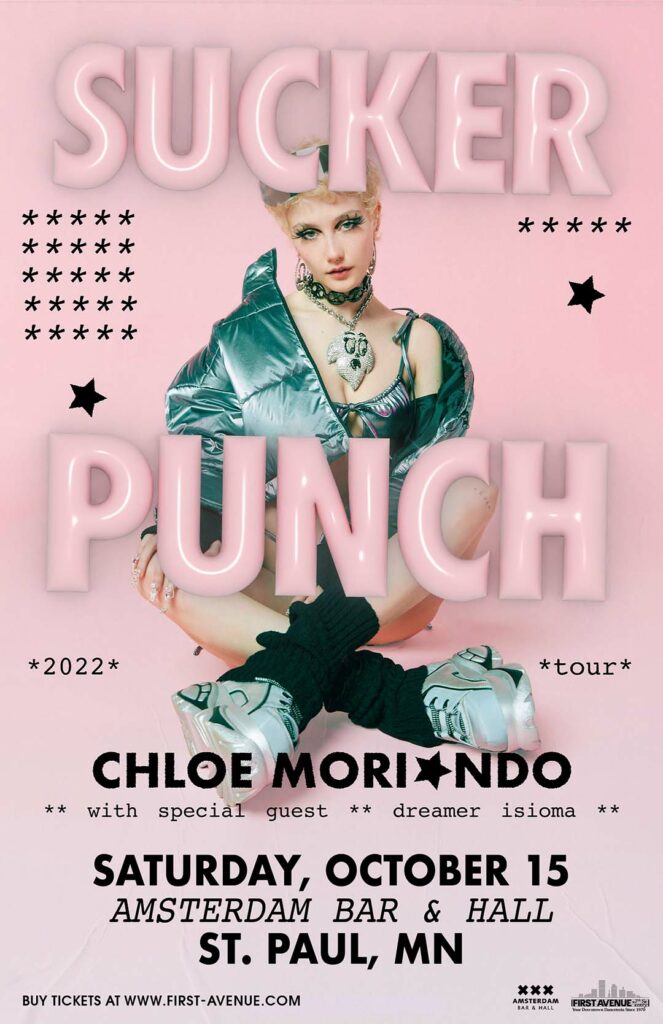 On hernew album SUCKERPUNCH, singer/songwriter Chloe Moriondo inhabits an entire cast of unruly characters: a larger-than-life vigilante who collects ill-behaved boys like figurines, a champagne-popping Barbie doll with its hair chopped off, a champion boxer stepping into the ring in a satin pink Hello Kitty robe. Expanding on the untamed imagination and volcanic emotionality of 2021’s Blood Bunny—a critically acclaimed album that landed on best-of-the-year lists from the likes of The New York Times—the 19-year-old Michigan native uses that whirlwind storytelling as a vessel for self-exploration, uncovering potent truths about self-image and obsession and the complexities of power. At turns campy and confessional, tender and explosive, SUCKERPUNCHis heralded by the sticky-sweet anthem “Fruity” and marks a bold leap forward from the understated indie-pop and jittery pop-punk of Blood Bunny, often echoing the sheer unpredictability suggested in its title. But despite that seismic shift in sonic direction, Moriondo continues to imbue each track with the diary-like honesty that’s earned hera global fanbase of millions, slowly revealing the immense depth of hersensitivity and creating the most gloriously uninhibited work yet from a truly one-of-a-kind artist.