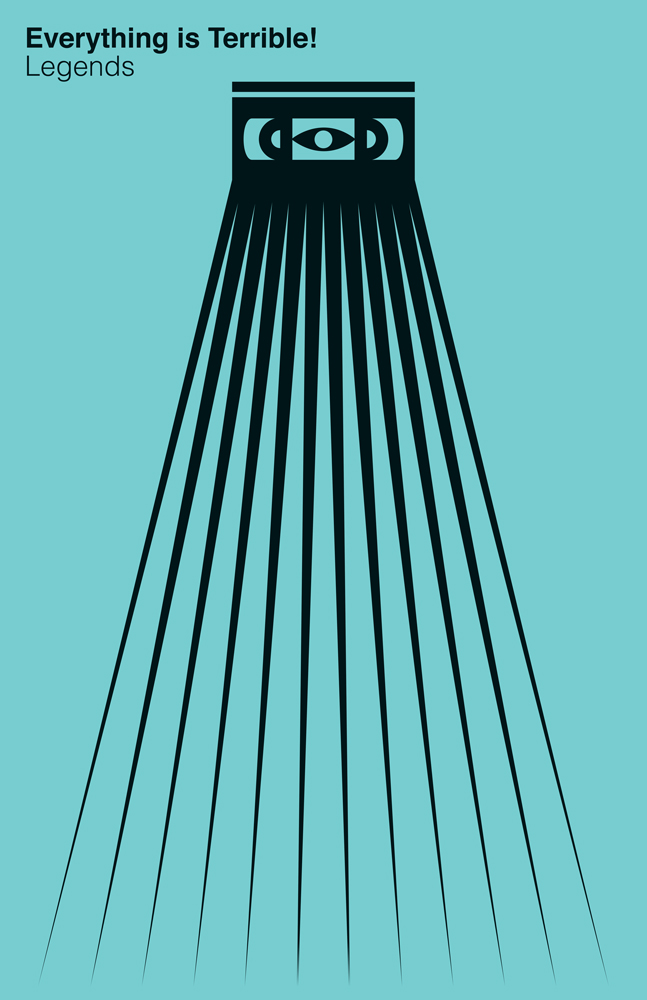 Everything is Terrible! is the internet sensation video collective responsible for some of this millennium’s most intriguing and mind melting videos. From Yogi Ogi Dogi, the creepy yoga farmer, to Cat Massage to the Yellow Dino who hunts pedophiles; for over 6 years EIT! has mined the absurd VHS universe for the best/worst bits. Every video is original and fantastic media art that creates a window into America’s hidden past.

EIT!’s Facebook page has garnered over 130,000 likes; over 155,000 followers on Vine; and over 10k on Instagram. Their daily postings, features, and insane live shows have been hailed by Wired, MTV, Fox, Time, BoingBoing, Buzzfeed, WFMU, Videogum, BUST, The Onion, Chicago Tribune, Tiny Mix Tapes, Paste, and Jezebel. The CBC deemed it simply ‘The best site ever.’

The Chicago Tribune has done several features, calling EIT!’s work “…sublime comedy.” Paste did a little something, summing up EIT!’s mission aptly: “For a couple years now, the cultural historians over at Everything Is Terrible! have worked hard to dredge up all the groan-inducing infomercials, workout videos, PSAs and otherwise terrible footage from the ’80s and ’90s that they could find.” All Things Considered did a story on EIT! and their pursuit of every copy of Jerry Maguire in the world. One of The Onion’s numerous features declared 2Everything 2Terrible 2! to be a “postmodern masterwork,” LAWeekly called EIT! the “Bruce Conner for the information age,” and Time Magazine put them on their 50 Best Websites 2013 list.

As a live event, Everything is Terrible! is not only the screening of thousands of unseen clips mashed together in a style unmatched in its pace and range of truly psychedelic comedy, but so much more. The idea of watching and commenting on a bunch of weird videos (a la Mystery Science Theater) is something one could be doing at home on the internet.  EIT!, on the other hand, gives the audience an unforgettable sensory experience that is just as crazy as it is funny. Shows in the past have included a depressed Christian robot, three 7 ft tall party dogs, cloaked monsters with arms that stretch across a stage, and rapping Christmas trees doing battle with a 10 ft tall Santa God. Typical shows result in 100 of copies of Jerry Maguire on VHS, all of which were brought to the show by EIT!’s followers, spilling off the stage. All of the props, puppets, sets, and costumes are meticulously handcrafted by the collective. Needless to say, EIT! knows how to fill the stage and room with crazy energy. The following day on Twitter, fan tweets read anything from ‘my mind exploded’ to ‘if you didn’t get to the EIT show last night, I feel sorry for you.’

Everything Is Terrible! has done 5 massive, and successful, tours of the US and Canada, hitting over 100 cities. In larger markets, 200+ attendees is the norm. In smaller ones, 75 to 100 is a typical draw. These shows are amazingly versatile too, visiting movie theaters, rock clubs, art galleries  and DIY spaces. Appropriately, they have even performed in a thrift store. EIT! has done sold out shows at the Cinefamily (Silent Movie Theatre) in LA, The Bell house in NYC, The Gene Siskel Center in Chicago, The Alamo Drafthouse in Austin, The Loft in Tucson, The Biltmore in Vancouver, and The Belcourt in Nashville.