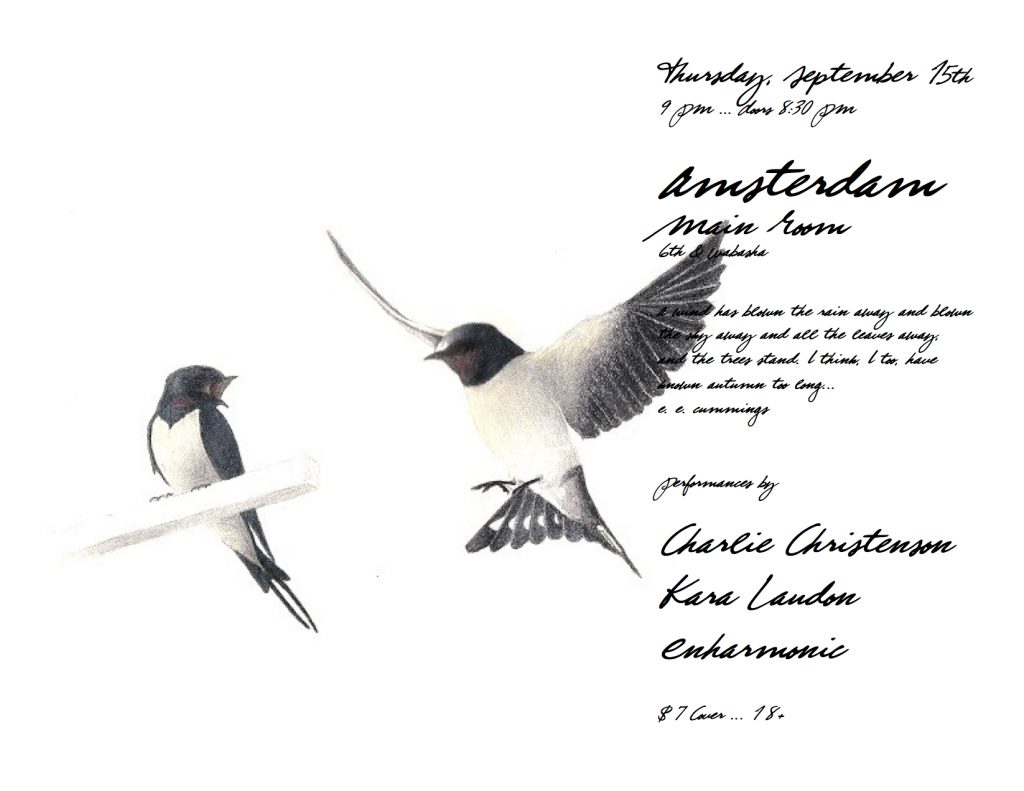 Charlie Christenson is a Downbeat Award winning jazz musician now focused on writing and performing his own original music. He released his first album, entitled Shipwreckee, on New York based, Biophilia Records in 2013. He is an active songwriter, performer and Head of the Voice Department at the McNally Smith College of Music.

Minneapolis based singer/songwriter. Currently on tour with John Mark Nelson.