Based out of Minneapolis, Minnesota, Carbon Handshake are an eclectic group of indie-rockers set to release their new EP, Pulp Life, on March 9th of this year. By employing a distinct mixture of sounds, loops, and texture, their music successfully reconciles amorphous and ethereal sonics with immediate pop sensibilities and disciplined songwriting.

Pulp Life is the follow-up to their first LP, A Dive Right. In contrast to the melancholic affair of their previous release, their latest effort is a leaner, more focused showcase of the band’s talents. A natural evolution of the band’s sound, Pulp Life marries nostalgia-laden analog synthesizers and earthy pianos with a modern approach to effects and sound manipulation. The five tracks featured are a snapshot of a band moving into their prime.

Carbon Handshake are comprised of five members: Joe McNeill, Mack Scott, Andy Dean, Eric Cafferty, and Clancy Brady. Three of the members— Joe, Mack, and Andy—have been working together for a decade. This core working relationship has proven vital to perfecting their unique approach to the genre.

For Carbon Handshake, what started as a relatively insulated musical experiment, has evolved into a serious attempt towards musical achievement. Constantly refining and expanding techniques, their music is a labor of love rooted in passion for the work and commitment to each other. 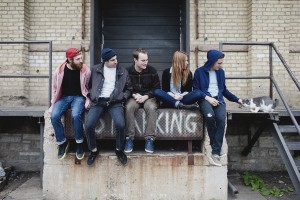 ROBAT is a modern emo rock band based in Minneapolis, Minnesota. Forming in 2013, the quintet’s collective influences range from Radiohead to American Football, from Alt-J to Real Estate, marrying in a sound that is idiosyncratically heady but accessible. Concise with intricate textures, carefully curated bass and guitar tones, and a subdued pop-sensibility, theirs are singable songs with characteristically intelligent musicality.

The band released two songs independently in October of 2014. The single “The Words” is dense with alluring vocal melodies and lacy guitar harmonies which sit within a comfortably sedated odd time groove. It paints a sprawling ballad with a rainy day aesthetic, while the lush rocker “Terminal” is gritty and dynamic with soaring guitars and punchy rhythms – a moody soundtrack for a solitary night drive. 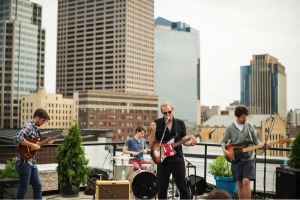 Born in an old college house basement, Candid Kid began as a simple writing venture between vocalist and guitarist Benjamin Muller and guitarist Tanner Uselmann. They met as students new to Minneapolis at the 7th Street entry. A few years later over a couple good beers, they decided to merge their minds and their riffs to see what happens.

When it comes down to it, what you see us what you get—four guys with a passion for playing music, collecting gear, and keeping things lighthearted and loud. Candid Kid’s nostalgia infused indie rock/alternative vibe can be heard on their debut EP release, “Turtleneck.” 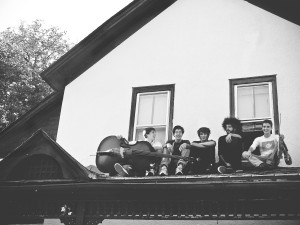 Formerly the solo project of Alexander Simpson, William Within is now an electric folk quintet based in Minneapolis. The group’s sound is laden with unique guitar tunings, whispery vocals and spacious string arrangements, often earning them comparisons to Grizzly Bear, M. Ward, Destroyer and Nick Drake. WW is currently performing songs from their debut self-titled album and new songs to be released on their forthcoming EP. William Within consists of Alexander Simpson on vocals and acoustic guitar, Tom Steffes on electric guitar, Derek Rohlf on violin, Matt Blake on double bass and Toby Ramaswamy on drums and percussion.