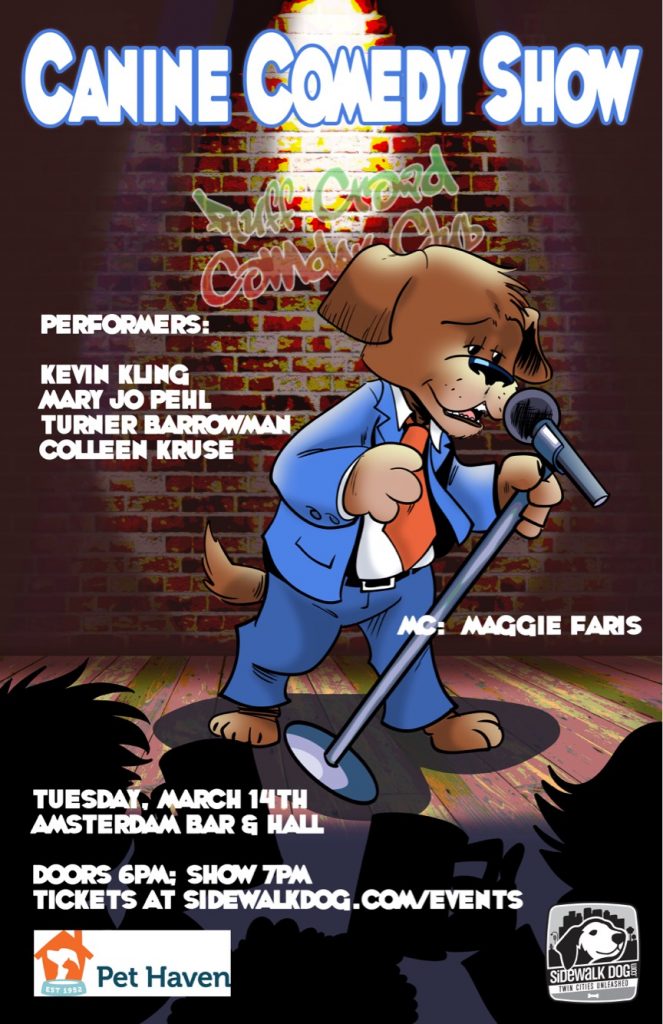 The Canine Comedy Show is a humorous and heartfelt night for dog lovers presented by Sidewalk Dog Media and Pet Haven.

Performers include Kevin Kling of NPR’s All Things Considered; Mary Jo Pehl, best known for her various roles on the television series Mystery Science Theater 3000; Turner Barrowman, whose sketches have been featured on Comedy Central; Colleen Kruse, storyteller, magazine columnist, and talk radio host who has appeared on Comedy Central and HBO; and MC Maggie Faris, award-winning comedian who has who has opened for greats such as Maria Bamford, Daniel Tosh, and Louis Black.

(Pet Haven will be bringing adoptable pups for you to love up on, but please leave your own dogs at home. You can text them during intermission.)

If last year’s event was any indication, this puppy will sell out quickly – so get your paws on tickets ASAP. Two- and four-top tickets include a fun swag bag and table service; general admission attendees purchase drinks and food at the bar.

The Canine Comedy Show is made possible in part by presenting sponsors Lucky Dog Pet Lodge and VCA Hospitals, as well as by Crooked Water Spirits, The Canine Coach, and Barefoot Wine.