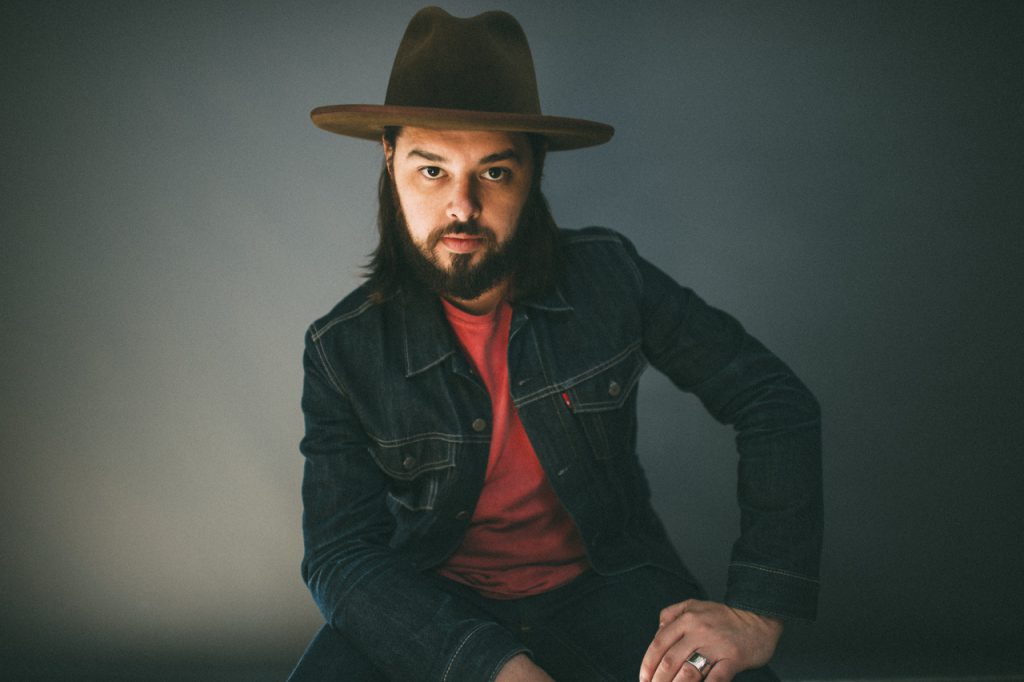 Growing up in Winston-Salem, North Carolina, singer-songwriter Caleb Caudle was raised on rock n’ roll and Southern hospitality. Influenced by bands like The Clash and Velvet Underground, Caudle was playing North Carolina’s punk rock circuit by the age of 15. Naturally, his music matured with his age and he became more lyrically-driven, adopting a love for collecting vinyl. In 2012, he decided to quit his day job and focus solely on music — five years and four albums later, Caudle is gaining the traction he deserves. He was recently dubbed “the musical equivalent of high-proof bourbon – rich in flavor, with a subtle, satisfying

bite,” by Rolling Stone editors for their list of “10 New Country Artists You Need To Know”. He’s played Nashville’s famed AmericanaFest multiple times and his song, “Borrowed Smiles” was featured on last season’s dramatic season finale of CMT’s Nashville. And as 2018 approaches, he’s not slowly down; he’s on the lineup for the 11th Annual Cayamo, the musical cruise that travels from New Orleans to Cozumel, Mexico, and Belize, next to icons like John Prine, Buddy Miller, Brandi Carlile, Patty Griffin, and Lee Ann Womack. And most importantly, he’s gearing up to release his eighth and most refined album yet, Crushed Coins.

Caleb Caudle has always been busy, but in his eyes, things started to really change in 2012, when he released Tobacco Town. While the record was built on a “real shoestring budget” at a friends house, Caudle wanted to replicate the stripped-down feeling of a live performance and gave fans an idea of what to expect. With the intent to tour, he did just that — traveling around the country playing medium-sized clubs and venues, while simultaneously working on
2014’s Paint Another Layer On My Heart. This time, he wanted to make a bonafide studio record; complete with Lydia Loveless’ sultry backing vocals, the Bruce Springsteen-inspired approach to classic country was a notable transformation in Caudle’s sound. He continued to tour, gaining new listeners, and started garnering media attention. In 2016, he
released Carolina Ghost. The album took the leap into real country, in his own words, “About as country as I’ll ever go.” No Depression noted that the record had “a nice progression, sonically and emotionally,” while American Songwriter described it as, “an album that feels pure, natural, and unconcerned with radio play.” Meanwhile, The Bitter Southerner simply put it that, “In a just world, he would be on every country radio station.”

But one of Caudle’s strongest attributes, which journalists and listeners alike continue to find endearing, is his unique and genuine method of songwriting, which Paste
Magazine compared to Jason Isbell. “The lyrics are very biographical. I write about what I know, so my albums are a snapshot into a six month window of my life.” From announcing his romantic vulnerability with Paint Another Layer On My Heart to actually finding love

on Carolina Ghost, Caudle’s strong lyrical driving force makes him consistently relatable. And his newest project, Crushed Coins, is no exception to that rule. Since his last release, Caudle’s inspiration has shifted; he’s gotten married and has traveled across the country, exploring different national parks (Yosemite, Arches, and Joshua Tree to name a few) with his wife.

Set for release on February 23, 2018, Crushed Coins is a dark and dreamy narrative about following the light at the end of the tunnel. “I think the overall theme of the record is trying to find hope in a dark place. It’s about relying on the people and the things that you love,” Caudle says, who was inspired by soul, blues, and jazz, specifically Miles Davis’ In A Silent Way.

However, producer Jon Ashley is well-versed in a multitude of genres, having produced records for bands like Band of Horses, Hiss Golden Messenger, The War on Drugs, and Dawes. While the two have worked together before, co-producing both Paint Another Layer On My
Heart and Carolina Ghost, the duo wanted to take a different approach than ever before.

“Crushed Coins is a departure from my past records in a few ways. We recorded a lot of it out in Los Angeles, which took me out of my comfort zone — having made the last couple albums at home [in North Carolina]. We discussed how albums used to work as a whole, they were something more than just a group of songs,” says Caudle, who describes the album as, “Not exactly a concept record, but a ‘bigger picture’ project.” On the search for a new sound, he decided to include new instruments, in hopes of transitioning from the country purity heard

Though Crushed Coins is an 11-song album, Caudle originally headed into Mixtown USA’s studio with 23 songs, all written during one of the most prolific times of his life. “We approached this record with an anything-goes mentality, unafraid to do whatever the songs called for,” he
told Rolling Stone Country. And while the album was made with the intent of escaping a specific genre, Caleb Caudle manages to be universally relatable with a mix of empathetic lyrics and a pristine blend of varying sounds. If you’re looking to revive your tastes with something fresh, but also like that warm feeling of musical nostalgia, look no further than Crushed Coins.