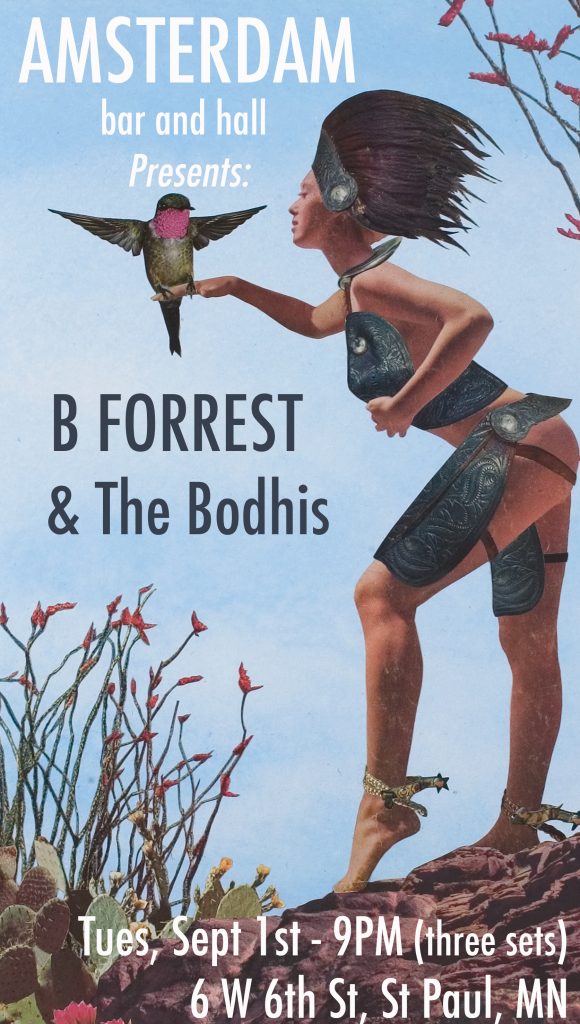 ‘ Hailing from swamps of Chicago, guitarist / songwriter B Forrest’s palette of audible paint contains the colours blues, folk, love, and soul. His debut album “Back to Bodhi”, released this past May, was a seed turned tree over the course of the last year. The self-produced album (also released limited edition on vinyl) was recorded in a coach house in Chicago’s Logan Square and produced by Doug Saltzman and B Forrest. His song, “Grown Child (ft. Sam Trump)” was a John Lennon Songwriting Competition finalist and his latest release, the “Lament” animated video was recently featured on Australian Broadcasting Corporation program “Rage”. ‘