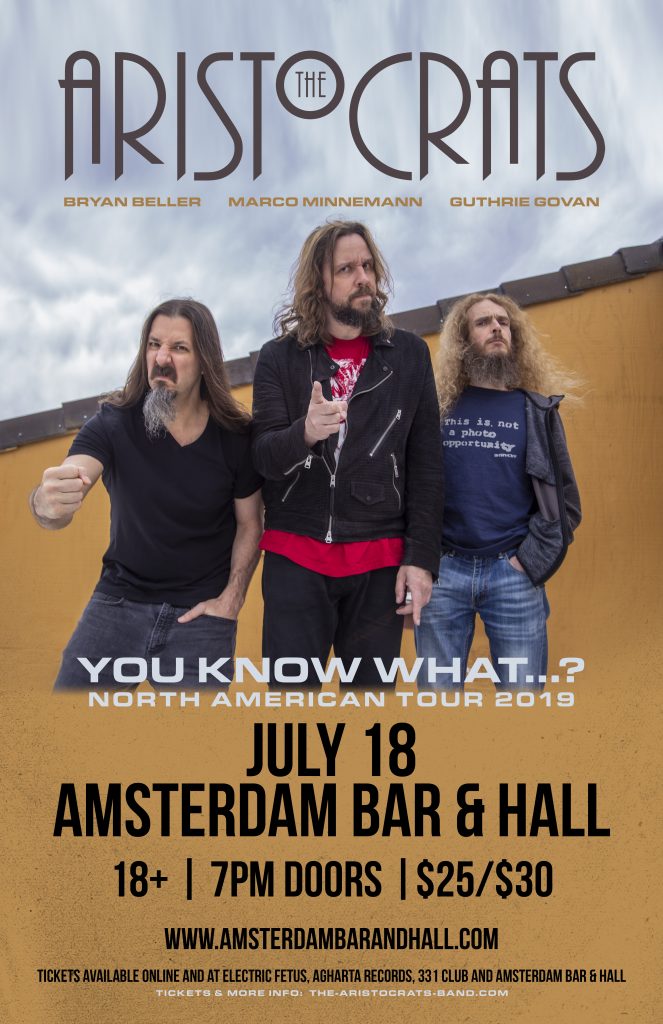 The Aristocrats (Guthrie Govan, Bryan Beller and Marco Minnemann) have released critically acclaimed albums, toured the world, and established themselves as one of the most musically original, refreshingly irreverent, and astoundingly entertaining instrumental rock-fusion acts on the planet. Call them a virtuoso supergroup if you must, but their musical high-wire act – employing random amounts of rock, jazz, pop, metal, and even traditional country – is informed by the spirit of a true band, one whose improvisational soul allows for anything to happen onstage at any moment…including the occasional wink and nod at the audience.

The Aristocrats are touring to promote their most ambitious and exploratory studio album yet, entitled You Know What…?, and will be supported by fellow rock-fusioners, Travis Larson Band.