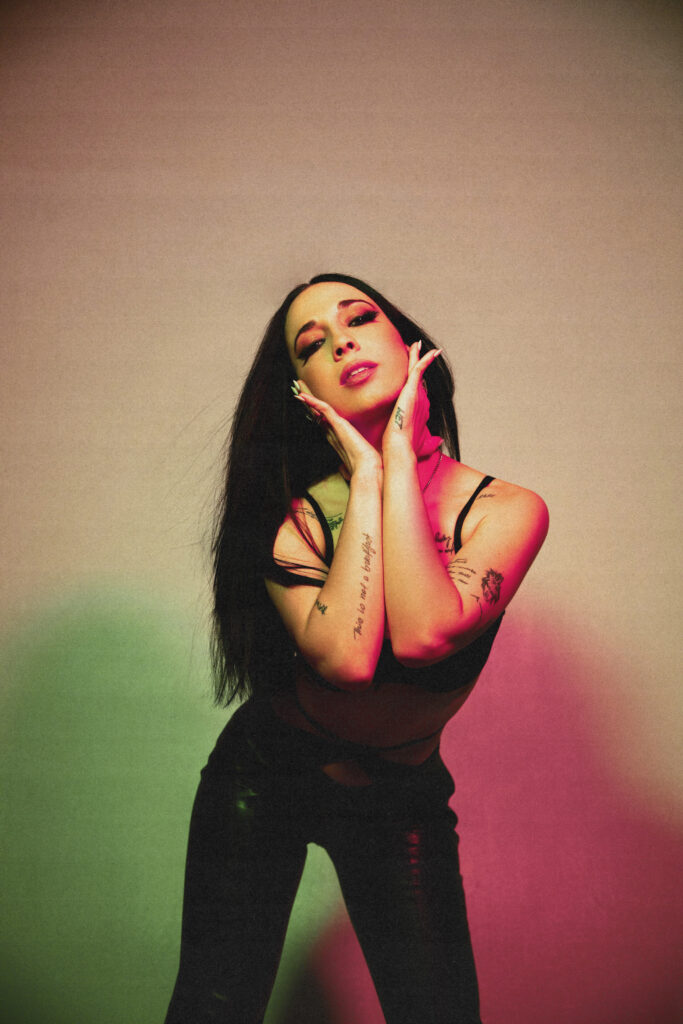 Sizzy Rocket became the sneering face of 21st-century rock & roll thanks to her viral 2016 electro-pop seducer, “Bestie”, an unapologetically profane paean to turning your BFF into one with benefits. It’s easy to hear her corrupting influence on the songs she’s penned for artists like Blu DeTiger, Noah Cyrus & Bea Miller. A seasoned touring artist, she has opened as direct support for GIRLI, Shamir, KITTEN, and Lauren Sanderson and performed on the Main Stage at San Antonio and Grand Rapids PRIDE Festivals. She challenges what it means to be a pop artist in 2022 with her DIY approach, poetic and unapologetic lyricism, and her genre-blending musicality that takes influence from punk, hip-hop, and beyond. She released her sophomore album, Grrrl, in summer 2019 — clocking in at #19 on the iTunes Top Alternative Albums chart — and self-booked a sold-out US tour with TV star chloe mk as support. Her recently-released third studio album ANARCHY (which peaked at #16 on the Alternative Album charts and Top 50 in overall genre charts) explores her own personal chaos and dives into her punk roots for an artful experience unlike anything she’s released before. The accompanying ticketed livestream – ANARCHY: COME TO LIFE – brought fans and friends together into a virtual performance art experience, live from an abandoned theme park; the accompanying music video for single “Smells Like Sex” even received an award from Playboy and was exhibited at Miami Art Week this past November. Last March, she tapped up-and-comers UPSAHL and Mothica for remixes of the fan-favorite album tracks for The Bitch EP. Her latest underground covers mixtape, TOO YOUNG TO DIE, was released to her ravenous cult fanbase via text message in a Dropbox link, accompanied by a tour with Troi Irons as support. With the release of her recent single, “Rebel Revolution” — produced by Fernando Garibay (Lady Gaga, Nicki Minaj, Britney Spears) — it’s clear that she is poised her for rock stardom… and she’s just getting started.