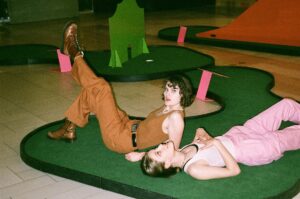 Based in Minneapolis, MN, Keep for Cheap is a genre-blending band that likes to label themselves as “prairie rock.” The five piece band was formed in 2018, after singer-songwriters Autumn Vagle and Kate Malanaphy met in their college choir. “KfC” debuted with a twangy indie-rock sound on their single “Day Without You”. On their debut album ‘ Bundle’, released June 2022, the band strives to make music that moves, writing about queer relationships and navigating the world through emotion and connection. 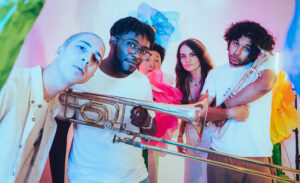 Since their inception in early 2018, The Q-Tip Bandits have emerged into the Boston music scene as an energetic and vibrant act that continues to touch audience’s hearts while getting them up on their feet. Their smooth yet powerful sound is backed by the raw energy of rock and the coolness and colors of R&B and funk — with palpable grooves coated with savory, soul-inspired riffs, anthemic horns and meaningful lyrics.

After a summer of outdoor touring in 2021 — including shows opening for pop-funk powerhouse Ripe — Willow broke 1 million streams, the band was nominated for “Best New Artist” by the Boston Music Awards, and they returned to the studio to record their first LP Melancholy Flowers, which came out June 10th, 2022.