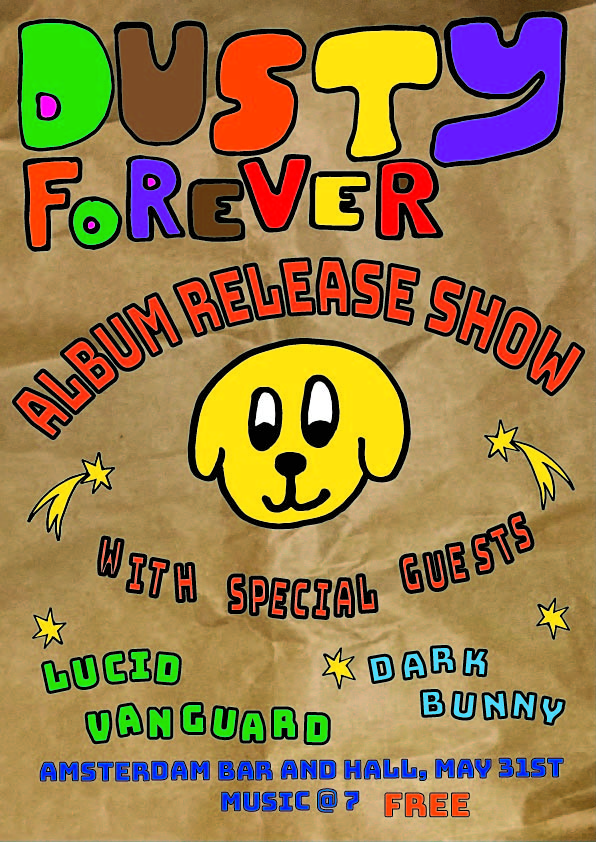 Dusty Forever is Desmond Lawrence’s alternative folk-rock project. His linear song structures guide you through vivid yet dreamlike stories, such as a dog’s experience with space exploration or a daydreaming kid stuck out in left field. Hazy yet firm vocals paired with an emphasis on ambience and textural instrumentals, Dusty Forever’s music is a warm invitation to cozy up and immerse yourself in the sound. Dusty Forever’s debut album “Sing !” is out May 16th.