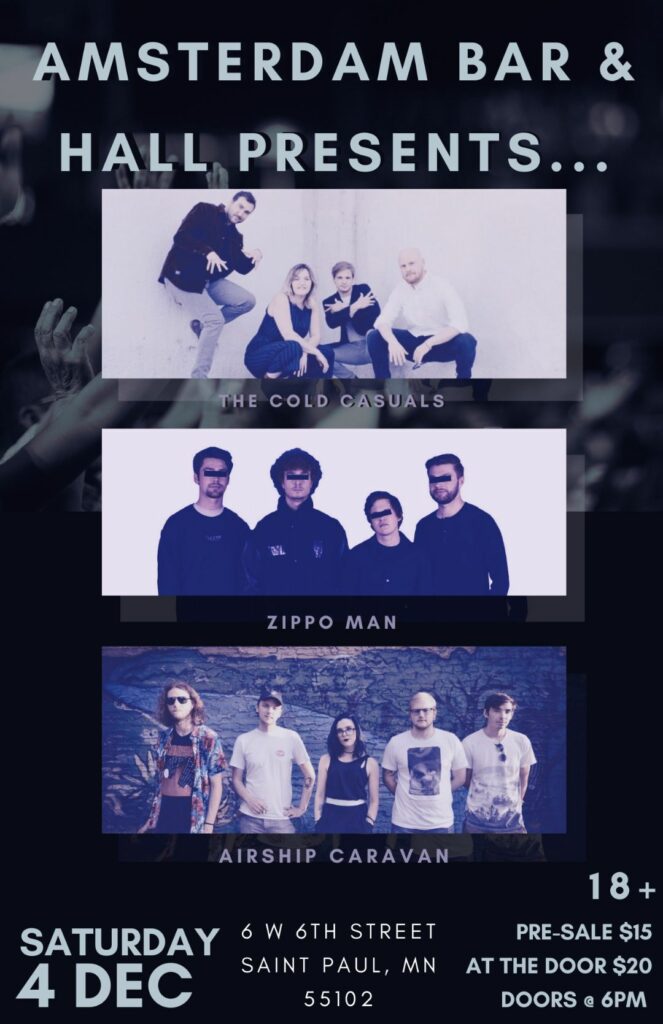 Hailing from Minneapolis, Minnesota Airship Caravan blends Retro Rock with psychedelic flair. Groove with us at a show near you!